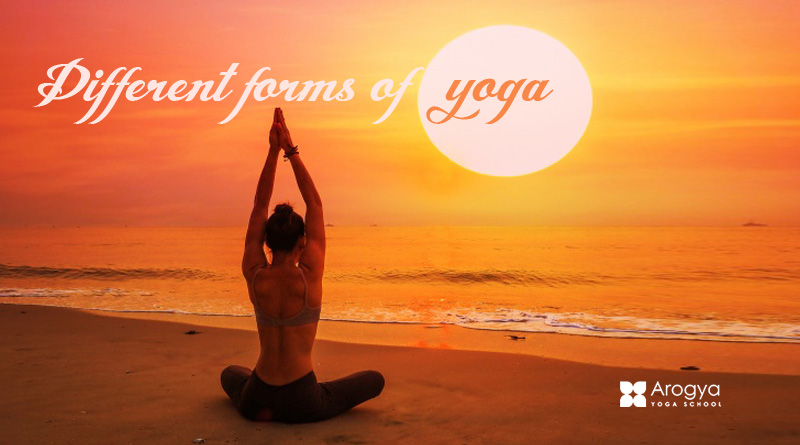 There are four main paths of Yoga – Karma Yoga, Bhakti Yoga, Raja Yoga and Jnana Yoga. Each is suited to a different temperament or approach to life. All the paths lead ultimately to the same destination – to union with Brahman or God – and the lessons of each of them need to be integrated if true wisdom is to be attained.

KARMA YOGA – THE YOGA OF ACTION

Karma Yoga is the Yoga of Action. It is the path chosen primarily by those of an outgoing nature. It purifies the heart by teaching you to act selflessly, without thought of gain or reward. By detaching yourself from the fruits of your actions and offering them up to God, you learn to sublimate the ego. To achieve this, it is helpful to keep your mind focused by repeating a mantra while engaged in any activity.

BHAKTI YOGA – THE PATH OF DEVOTION OR DIVINE LOVE

This path appeals particularly to those of an emotional nature. The Bhakti Yogi is motivated chiefly by the power of love and sees God as the embodiment of love. Through prayer, worship and ritual he surrenders himself to God, channelling and transmuting his emotions into unconditional love or devotion. Chanting or singing the praises of God form a substantial part of Bhakti Yoga.

RAJA YOGA – THE SCIENCE OF PHYSICAL AND MENTAL CONTROL

Often called the “royal road” it offers a comprehensive method for controlling the waves of thought by turning our mental and physical energy into spiritual energy. Raja Yoga is also called Ashtanga Yoga referring to the eight limbs leading to absolute mental control. The chief practice of Raja Yoga is meditation. It also includes all other methods which helps one to control body, energy, senses and mind. The Hatha-Yogi uses Relaxation and other practices such as Yamas, Niyamas, asana, pranayama and dhyana to gain control of the physical body and the subtle life force called Prana. When body and energy are under control meditation comes naturally.

JNANA YOGA – THE YOGA OF KNOWLEDGE OR WISDOM

This is the most difficult path, requiring tremendous strength of will and intellect. Taking the philosophy of Vedanta the Jnana Yogi uses his mind to inquire into its own nature. We perceive the space inside and outside a glass as different, just as we see ourselves as separate from God. Jnana Yoga leads the devotee to experience his unity with God directly by breaking the glass, dissolving the veils of ignorance. Before practicing Jnana Yoga, the aspirant needs to have integrated the lessons of the other yogic paths – for without selflessness and love of God, strength of body and mind, the search for self-realization can become mere idle speculation.

Every human being for that matter, possesses and identifies with each of these elements: Intellect, heart, body and mind. Yoga, therefore advocated everyone to practice certain techniques from each path. This came to be known as the Yoga of Synthesis. Yoga is always taught in accordance with individual temperament and taste one can emphasise the practice of certain Yoga over others.